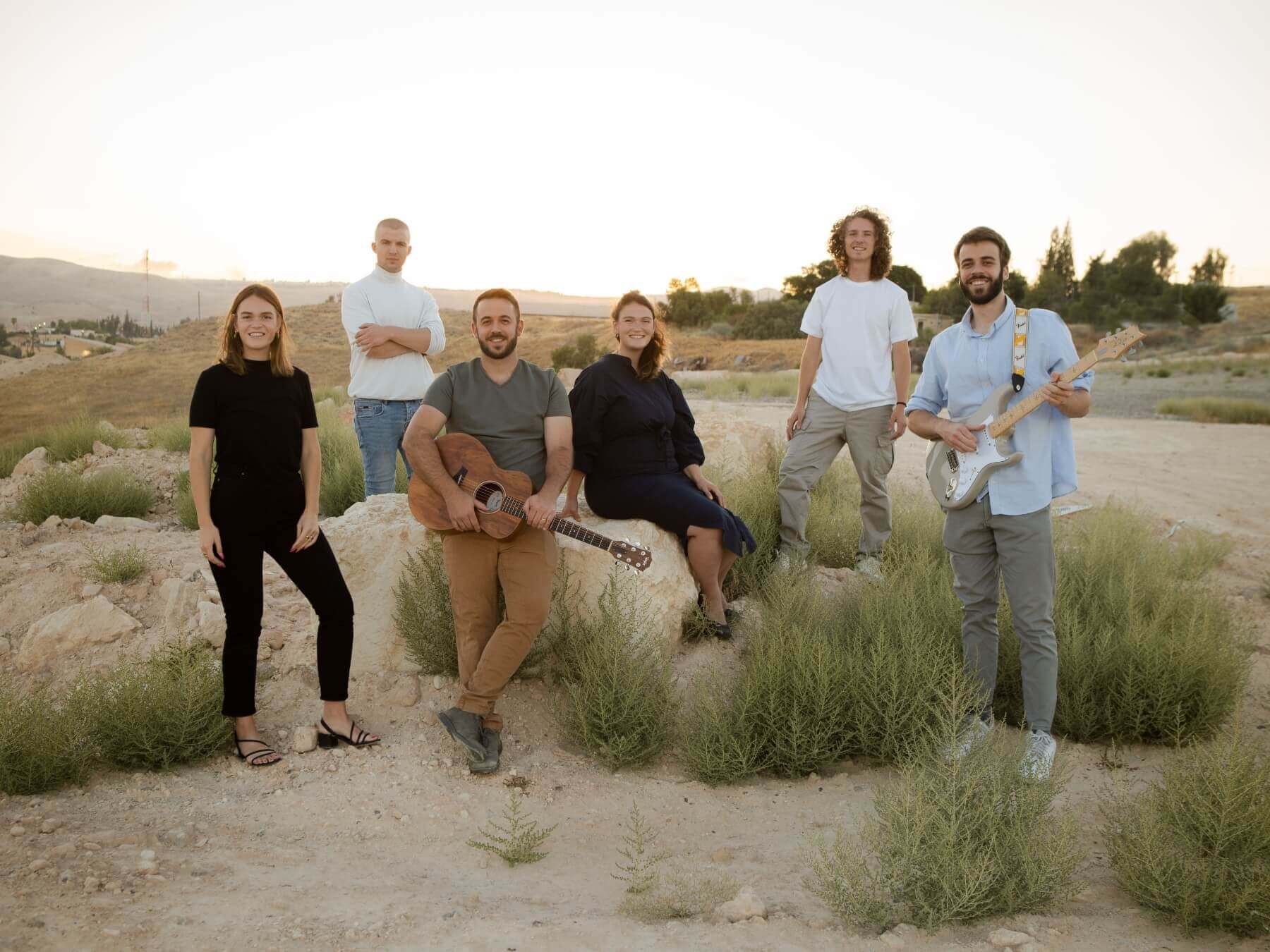 The foundations of SOLU were laid in the fires of a 24/7 house of prayer, with a group of hungry teenagers gathering weekly to worship & cry out to God. From a weekly prayer room gathering to the streets of downtown Jerusalem & now through ministry across Israel and into the nations - a highway is being built to prepare the way of the Lord!

It all began in the spring of 2009, with ELAV 24/7, a youth group meeting weekly in the prayer room of Succat Hallel. In the context of night & day prayer,  young people were being trained & discipled to know & carry the heart of God by singing & praying from the scriptures and all with a vision to prepare the way for revival & Yeshua’s return to Israel! At the time, Shilo & Sarah were just teenagers & Jon Mark & Sandra were their youth leaders ( check out “Our Team”).  Little did they know that this gathering of young hearts burning for Yeshua was to become the seedbed for visions, dreams & friendships that are still bearing fruit today…and we know the best is yet to come!

Now it’s over a decade later. Along the way, Shilo & Sarah were married, became staff in the house of prayer, stepped into leadership & had two children (with number three on the way).  During the same time, Jon Mark & Sandra  continued to pour into the upcoming  generations of young people (including their own six children) through ELAV 24.7, the ELAV youth & young adult conferences  & the streets worship team until their time at Succat Hallel came to an end.

Throughout these years, there were many precious young people involved,  but over time a small group began to form as a worship team around Shilo & Sarah. Yedidyah – Shilo’s younger brother,  Rebekah – Sarah’s younger sister, Levi – one of Jon Mark & Sandra’s sons & Netanel – a good friend to all, began to minister with Shilo & Sarah, traveling together as Shilo’s worship ministry increased. As this team has continued to grow, their expression of the house of prayer culture has developed in such a way that years ago we only dreamed of  & now we know it’s for such a time as this!

A vision is conceived

In 2017, Shilo & Sarah began receiving vision to start a house of prayer in their city. Then, at the beginning of 2021, the Spirit was stirring their hearts again & at the same time whispering to Jon Mark & Sandra – it was TIME to raise up “a voice calling in the wilderness!” As we sought the Lord together, it became clear that a new expression of the house of prayer was to be birthed on the edge of the Judean desert where Shilo grew up & where he & Sarah still lived. We saw that down through the ages, there had always been a voice calling in that wilderness – whether expressed in the days of Elijah, in the forerunner ministry of John the Baptist, or later on in the desert fathers & mothers of the 4th to 7th centuries. And now, we were hearing the Lord calling us to take our place in this generation –  to prepare the way for His coming  by building up the highway through lifestyles of worship & prayer!

The stones come together

At the same time, God was bringing into place other parts of this beautiful picture He was creating.  Shilo’s online platform, which released his worship albums & videos as well as  the team’s newly developed Hebrew worship sessions, was coming into a level of strength as never before. The congregation that Shilo’s parents had started years ago, was being led by the Lord to purchase a permanent facility & the leadership was excited about the potential of a new house of prayer using the building that God would miraculously provide for them. Also each of the young people serving on the worship team with Shilo & Sarah were in seasons of transition, finishing the army or graduating from university & seeking the Lord’s leadership for what was next. After a time of seeking the Lord, each of them expressed a desire & intention to serve in this new ministry God was bringing to birth. So, on February 20th, 2022, after running together for years…SOLU! 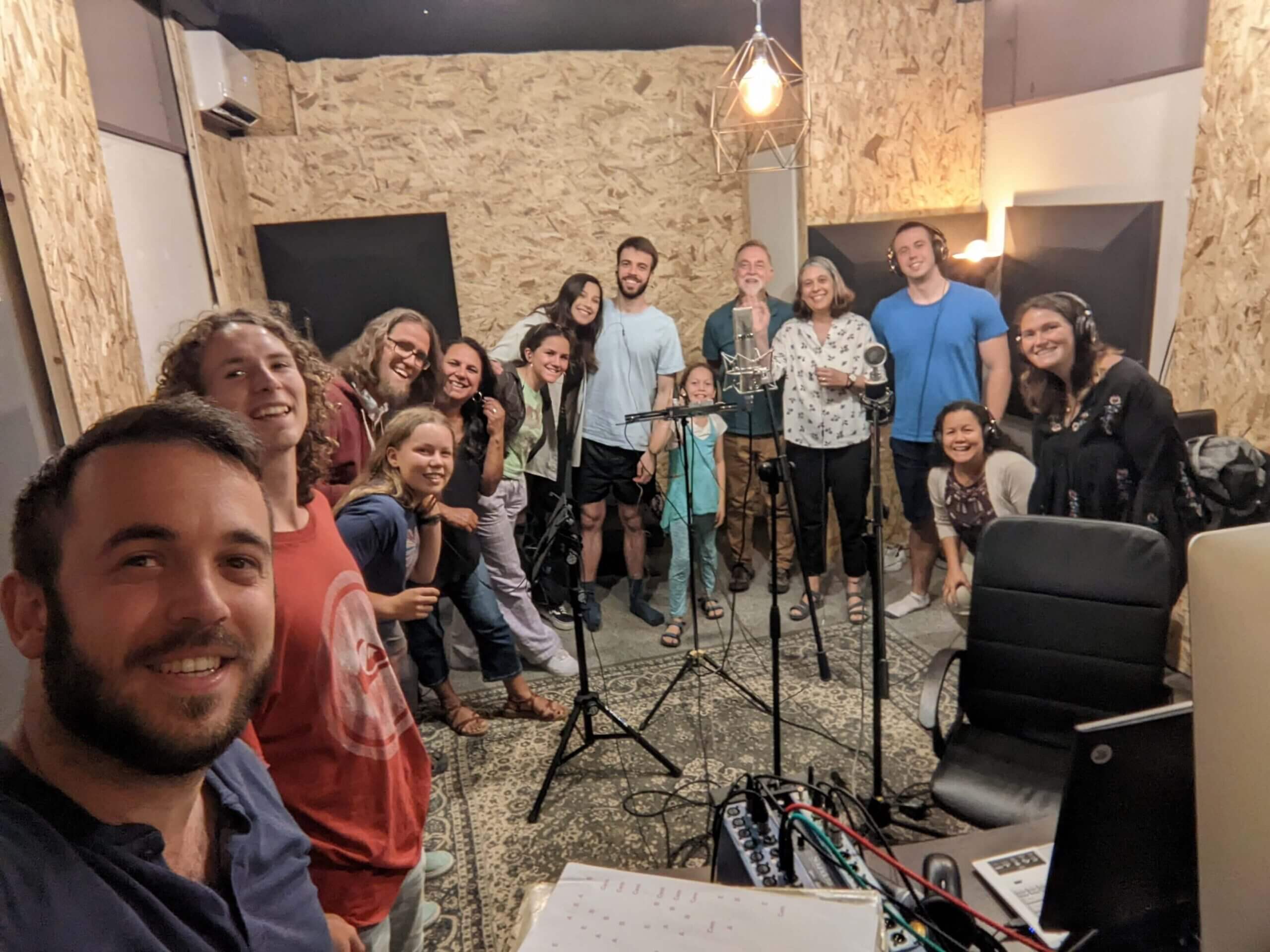 We believe the Lord is leading us to take our place as “a voice calling in the wilderness” in this generation, first before Him in the place of prayer & then before men in order to prepare the way for revival & Yeshua’s return.

Our greatest desire is to know & love the God of Israel, as revealed in the person of Yeshua, with all of our heart, soul, mind & strength by the power of the Holy Spirit & to love those around us out of the overflow.  We are seeking to do this by cultivating lifestyles of scripture based worship & prayer (with fasting!)  unto intimacy first & therefore fruitful partnership with God. Our expectation is that through this pursuit, we will overflow with His love to those around us & help bring His kingdom on earth as it is in heaven, seeing  “all Israel” saved  & “hastening the day”  of His coming.

We're friends & family who've been running & dreaming together for years!